I always feel that investing is like taking a stance on a particular idea. Either you believe in the thesis or not. There is no in between. It is either you are right or the market is right.

There is no standing on fence and hope that things would work out better or decide after you have bought the stock. In fact, I find it pure mental agony.

Right now it is impossible to avoid the noise. Mainstream news is constantly informing us how bitcoin has reached another new high (hack – I can’t even watch Youtube videos without seeing an Ad about Bitcoin).

Sure I can SPECULATE with the money that I can afford to lose. But that is not investing. I have no thesis or idea to rely on once the price tank (neither do I know why the price rises). I don’t have an idea that I can live with.

However, having such a rational thinking has its cons. To achieve alpha returns, you need storytellers, the dreamers, those who believe in the narratives more than the numbers. To see things most people can’t.

I always felt that the ‘rationals’ ensure you ‘rational’ returns :p, while big dreams give you ‘outlandish’ returns… however, it is also the rational thoughts that prevent you from ‘outlandish’ failures most of the times, that pull you back from doing crazy things most of the times. To enable you to run longer distances (at a slower speed)… and not many people have the patience. Because it is just tooooo.. damn slow and boring. A younger me would probably be killed by the boredom -seriously. But then again, I did not come to the market to seek entertainment. 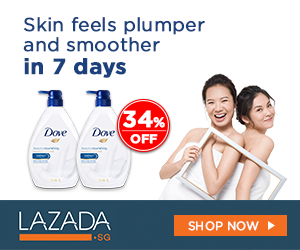 Look, I do admit that I do not know much about cryptocurrency.

Is rising price itself, good for the usage of bitcoin? Nevermind the investors. Even as new money flows into crypto assets, businesses are pivoting away from bitcoin to build on other blockchains. That means countless transactions that could be processed with bitcoin, pushing up its price, will now take place on other blockchains, instead of boosting their prices.

Bitcoin is moving in the direction of acting as a store of value, rather than a currency. The new Gold or Silver.

Then, I would always question— with so many other variations of cryptocurrency, doesn’t it kind of dilutes the notion of its (Bitcoin) scarcity. A man-made limited quantity commodity sounds like an oxymoron to me. In the case of synthetic diamonds, there is no cap on how much we can all produce…. otherwise they would definitely be worth more than most natural diamonds given their perfection.

How sure are we that the theoretical total number of bitcoins, 21 million will be the actual final number in circulation? Then again is just having a limited number the main driving force behind its high price.

As Aswath Ddamodaran mentioned in his post (see below): “Scarcity is neither a sufficient nor even a necessary condition for something to be a commodity. Sand is a scarce resource but it is not a commodity because I cannot think of a good use for it; so is bull manure, but that is a discussion for another time and day.”

And if Armageddon does occur, will there be electricity or even a mobile device to transmit cryptocurrency?

Moving away from Cryptocurrency, not too long ago, I heard about this idea of investing in foreign properties. Properties in the UK, Thailand and the Philippines. You see, some of the people I work with – they did invest successfully in these properties (especially with the Duterte’s ‘Build, Build, Build’ plans in the Philippines echoing in the background). Well, they were either from that country or have stayed in those countries for long periods or have spouses from there.

Imagine at a table of four, I am the only one with no other properties (except for my humble HDB flat)… Then again, I work in the construction industry… :p

They are hardcore property investors who swear that properties are the best assets (given the many years of good experience).

Looking at the prices of some of the resale condo units… I do believe that they have somewhat increased  (from the last time I checked many months ago). Some are not on the market anymore. Probably due to the en-bloc fever in Singapore these days.

So again, this herd mentality impulse would start stirring within me. No harm finding out… I thought.

But I guess, sometimes, I do need people around me to gently knock some sense in me and ask me… am I getting into this primarily because others are already successful in these ventures… or have I really done my research and making a sound decision.

To make you realize that you are falling into the FOMO trap.

The FOMO (Fear of Missing Out) feeling is especially strong in a rising market when asset prices are rising and you see people around you raking in profits. Telling you how much they have made.

However, the fact is, there will always be people richer or more successful than you. At the same time, there will also be opportunities which fall within your circle of competency. You just have to be patient (hard right…:p).

I am still in the process of trying to increase my war-chest…. slowly…

Excuse me now while I retreat back to my cave … :p

Born in 1976. Married with 2 kids (a boy and a girl). A typical Singaporean living in a 4 room HDB flat. Check out my Facebook Page: https://www.facebook.com/apenquotes.tte.9?ref=bookmarks
View all posts by apenquotes →
This entry was posted in Portfolio. Bookmark the permalink.

3 Responses to The FOMO feeling…