Maybe the title should be “Mistiming”. I have a long history of having a bad timing in buying shares.

I was reading the recent article in the Sunday Times (see below).

One statement resonates deeply with me: “But holding cash can be very painful financially since it earns me virtually nothing.”

It doesn’t help when you read about others with much bigger portfolio (heavily invested) in the upmarket reaping record high dividends. On track for their yearly dividend payout target. Somehow, the notion of a sharp market downturn does not faze them. No risk no gain. 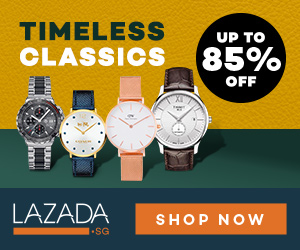 However, I did dip into 2 counters some time back. First is TalkMed, and the second is a US counter, Chipotle Mexican Grill. Both saw sharp drops in their share prices prior to when I bought their shares.

I see them as situational distress declines. Even though this does not totally ‘eliminate’ the risk of further drops (as shown by TalkMed), especially if there is a worldwide market crash …. but it I do hope the majority of the issues have been factored in the price which I bought them in.

Actually, I am kind of anticipating a crash anytime soon (but I am still invested)….

Of course, things have changed. TalkMed CEO was suspended for 8 months (which resulted in the sharp drop), while Chipotle was hit by reports of rats, norovirus at its restaurants.

In the near term, all these will have the material impact on their earnings and performance. In fact, someone (in InvestingNote) has mentioned that TalkMed share price should be SGD 0.35 given the CEO suspension and its consequential impact to its earnings.

However, I am looking way beyond that …… frankly currently I am waiting for share prices to drop further (or weighing if I should wait for a crash and build up my war chest more). Perhaps here I am taking a more bottom-up approach in these 2 cases. Hope they are not value-traps hahahaha.. been there.

Back to why I still invested (even though I am anticipating a crash or correction)… I dunno. For one, I suck at market timing. Sure, I could sell now, wait for the crash and buy later when market trend up… if only life is that simple. There is always this psychological barrier as to when is the right price to buy (won’t it go lower?)….

I basically see myself as a collector of stocks (you know like collecting stamps… always have the album with stamps inside). Just keep collecting, and buy when prices are low. Just stick to the values you have calculated.

Over time, I have also paid more attention to the dividends I received (though I am not really a true blue dividend investor). Hope, it (the number of shares) would keep increasing regardless of market conditions (anyway, I can’t predict the market).

FYI, I am sitting on quite a significant unrealized loss for the TalkMed counter, given the continued drop in its share price (even after the initial knee-jerk drop after the announcement of the suspension). Talk about “bad timing”… :p

Some of them are low liquidity stocks – which means that their stock price fluctuations can be quite extreme. In the case of Colex, its share prices are basically little changed for many days before taking a huge drop recently.

While the US Market S&P500 is reaching new highs, the Singapore STI has kind of went the other way. :p

Born in 1976. Married with 2 kids (a boy and a girl). A typical Singaporean living in a 4 room HDB flat. Check out my Facebook Page: https://www.facebook.com/apenquotes.tte.9?ref=bookmarks
View all posts by apenquotes →
This entry was posted in Healthcare Stocks, US Stocks. Bookmark the permalink.