Would you give up your bike for oBike?

I don’t particularly use oBike a lot. When I go out with my family I can’t really use the oBikes. My kids are too young and my wife does not know how to ride a bike.

However, I do use it occasionally after work and during the weekends, especially when there are free rental promotions. I could use some exercise when the weather is not too hot or when it is not raining.

I don’t own a bike myself, but I do wish some time that I had a lighter bike with multiple gears. I reckon I would need to use less effort to cycle (especially uphill). And if I had a foldable bike, I could bring it into the MRT train and go somewhere further.

So it came as a surprise when I talked to 2 guys whom I knew from work. Let’s call them A and B. 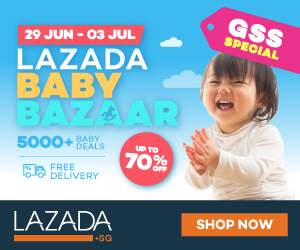 A is in his 50s. He is a hardcore cyclist. What do I mean by hardcore… well, he wakes up at 5 am (or earlier) every morning to cycle a few kilometers on his bike (which probably cost a lot).

He wears the cycling apparel and can easily cycle from one end of Singapore to the other end, during the weekends. Actually, when he showed me the photograph of himself in the attire, I could not recognize him. Well, he did have a pair of shades on.

Heck, he is much fitter than most guys half his age. He is definitely fitter than me. BTW, the guy in the picture below is not him.

So it came as a surprise when he mentioned that he uses oBike to travel from the MRT station to his home after work occasionally.

He uses his own bike every morning for his exercise. However, he does not cycle to work due to 2 reasons. Firstly, the vehicular and pedestrian traffic is really bad during the morning rush hours (which is why he wakes up at 5 am to cycle). Secondly, there is no shower facilities at his work place.

He would take the public transport to work. He doesn’t mind using oBike to get home from the MRT station after work because there is less traffic when it is late and he is in no real rush. Also, he can shower at home.

He doesn’t like the idea of leaving his expensive bike out in the open for an extended period even if it is securely locked to a bicycle stand. It is also more prone to wear and tear.

With oBike, it is convenient (he can park it at any bike parking stations without worrying that it would be stolen) and he can easily find one. Also, he does not need to worry about maintaining it. Seems like expensive bikes (like the one he has) need a lot of maintenance. He just spent $1200+ repairing it.

B also owns his own bike. B is in his late 20s or early 30s. According to him, he seldom uses his own bike. He especially likes the fact that he can park almost anywhere and not worry about finding another bike to use.

Yes, he does agree that oBike is heavier than his current bike, and he has to pay to rent an oBike. However, he really likes the convenience and the fact that he does not need to maintain it.

He came from the US. He has a racer bike – that at one time, has no brakes (recently he installed a front wheel brake). He felt that it is not really suitable for the urban environment here.

BTW, the guy in the picture above is not him.

Love it or Hate it

There has been a lot of complaints about the indiscriminate parking of these bicycles from the bike sharing companies (Mobike, Ofo and Obike).

However, despite the complaints, seems like many people like using these bikes. Mainly due to the conveniences. Which unfortunately could be a contributing factor to the issues…..After all, technically, one should not park Anywhere.

Nevertheless, seems like even people with their own bikes are starting to fall in love with these bikes from bike sharing companies.

I think there are many good things to like about these bikes. However, actions should be taken to address the nuisance caused by the indiscriminate parking. Love it or Hate it… looks like these bikes are here to stay.

Born in 1976. Married with 2 kids (a boy and a girl). A typical Singaporean living in a 4 room HDB flat. Check out my Facebook Page: https://www.facebook.com/apenquotes.tte.9?ref=bookmarks
View all posts by apenquotes →
This entry was posted in Bike Sharing. Bookmark the permalink.