Rock Solid Shares to start the year 2015 with – where are they now?

According to The Motley Fool as stated in the article above, the Great Ones which have impressive returns on equity without the use of heavy leverage are:

Incidentally, Raffles Medical Group Ltd was also mentioned in the below article by The Motley Fool in August 2014.

“According to Yahoo Finance, Raffles Medical Group Ltd  (SGX: R01), operator of the eponymous Raffles Hospital,  has seen its shares grow by more than four-fold (adjusted for dividends and splits) in 13 years from S$0.71 at the start of 2000 to around S$3.98 currently by providing a crucial and valuable service (healthcare) whose demand will likely never wane.”

In my August 2015 post, I mentioned that except for Raffles Medical Group Ltd, all the stock prices of the other 3 companies have dropped. Silverlake Axis has even requested for trading halts on 14 Jan 2015 and 21 Aug 2015.

A period of lesser than 8 months in holding on to any stock, to me personally, is relatively short.

I like to hold on to good stocks for many years. It allows for share price appreciation, passive dividend income build-up and a greater understanding of the companies (as I tend to read more on the development of companies which I am vested in). To put it in another way: To let time works its ‘magic’.

We are coming to the middle of year 2017. Now it has been more than 2 years, since the release of the article by The Motley Fool. What is the status of these companies now? Both in terms of the share price performance and the business & financial performance.

“The big money is not in the buying and selling … but in the waiting.” Charlie Munger 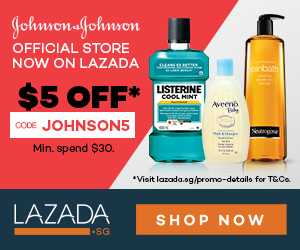 On 9 May 2016, there was a three-for-one share split for RFMD shares (eg. A shareholder that has Raffles Medical’s shares registered under his name on the books closure date will see every share he holds be split into three shares). Read here.

However, as mentioned earlier in my post, one must consider dividend payouts. The total amount of dividend received from 2015 till today is SGD 0.25 (see below).

So considering the dividend payout and share price appreciation, the total profit (if you sell at the price of SGD 1.365) is SGD 0.308 per share, and this represents a profit of approx. 23.6%. This is assuming you don’t reinvest the dividend.

Not too shabby for a ‘more than 2 years’ buy and hold strategy.

Now let’s factor in dividend payout. The total amount of dividend received from 2015 till today is SGD 0.083 (see below).

So considering the dividend payout and share price movement, the total loss (if you sell at the price of SGD 0.54) is SGD 0.4395 per share, and this represents a loss of approx. 41.4%.

Unfortunately, the drop in share price is at such a big magnitude that the dividend payout did not help much (only approx. 8%).

Now let’s factor in dividend payout. To me, KMEN’s dividend yield is on the high side. The total amount of dividend received from 2015 till today is SGD 0.08 (see below).

So considering the dividend payout and share price movement, the total loss (if you sell at the price of SGD 0.615) is SGD 0.255 per share, and this represents a loss of approx. 26.8%.

Again, the drop in share price is at such a big magnitude that the dividend payout did not help much (only approx. 8.5%).

I am currently vested in this stock.

Now let’s factor in dividend payout. To me, VCM’s dividend yield is on the high side. The total amount of dividend received from 2015 till today is SGD 0.7325 (see below).

So considering the dividend payout and share price movement, the total profit (if you sell at the price of SGD 5.690) is SGD 0.1625 per share, and this represents a rise of approx. 2.9%.

In this case, the dividend payout alone was able to mitigate the drop in share price and turn the loss into a profit. Though not a big profit :p.

2 of these stocks (Raffles Medical and Vicom) have managed to provide their investors with positive gains if they bought and held these stocks from Jan 2015 till now (if we include dividend payout).

This is better as compared to the case in August 2015, whereby 3 out of 4 registered losses. 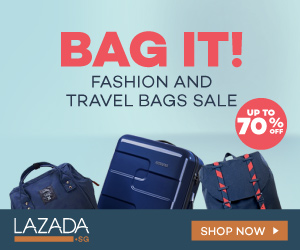 Having looked through the prices, perhaps it is time to think about the business & financial performance of these companies. To be frank, I haven’t been tracking all four companies diligently.

It runs a hospital in Singapore, is currently developing a hospital in China (with an expected completion date of 2018), and has a network of medical facilities in 13 cities across five countries (Singapore, China, Japan, Vietnam, and Cambodia).

The company has delivered consistent revenue growth over the past few years.

In 2016, Raffles Medical reported a revenue increase of 15.4%. Net profit for the year stayed flat however, due to higher staff costs (for business expansion and acquisitions) and higher operating leases, among others.

It seems that in recent times, the Group was able to contain costs and maintain its profitability, while still in expansion mode.

Looking ahead, Raffles Medical expects its business to continue growing in 2017. The company also expects to complete the expansion of Raffles Hospital later this year (the hospital’s area would increase by around 80% after the project is completed).

The Group has acquired a plot of 28,000 square metres together with an in-construction building located in the Liangjiang New Area in Chongqing for the development of a 700-bed international tertiary hospital. When completed in 2018, RafflesHospital Chongqing will be able to serve local and expatriate patients in the western part of China as well as foreign patients from Central Asian republics.

Construction of RafflesHospital Shanghai has commenced and is proceeding smoothly.

Maintenance and enhancement services will remain as a key driver. As Silverlake Axis derives most of its revenue from this segment, as long as the banks keep using Silverlake Core Banking Solution(CBS), this segment would be relatively stable. Against the backdrop of a challenging economic outlook, the maintenance and enhancement service segment is likely to be the key growth driver in FY2017 moving forward.

Core business projects: Silverlake’s software licensing and project services declined 27% and 59% YoY respectively. This was amidst a challenging economy that saw banks looking to cut costs.

This was due to an accounting gain of RM293.0 million from the initial recognition of retained interest in GIT as a financial asset at fair value as well as the gain of RM105.6 million on disposal of 12.4 million shares in GIT during the quarter, other income rose substantially to RM413.7 million in Q3 FY2017. If we exclude

If we exclude the above mentioned, the profit attributable to shareholders would probably be only RM 0.2 million, which is a drop of 99.7%.

Personally, I find SILV’s financial reports difficult to understand, and tend to stay away from this stock. Also I am not sure that the company has proved that it can grow organically.

Kingsmen Creatives Ltd is a company that provides services such as exhibition setups, interior design for retailers and corporates, and more.

Co-founder, Simon Ong, 62, stepped down as chief executive officer and group managing director on 1 July 2016. Consequently, Mr. Andrew Cheng (previously, the group chief operating officer), assumed the role of group CEO. While, Mr. Ong took up the role of deputy chairman, spearheading the strategic planning and development of the group as well as its creative standards.

The drop in profit of 38% year on year was mainly due to the one-off contribution last year from an exceptional item of $5.9m. Excluding that, the profits would drop lesser at 9.3% year on year.

Net Margin continues to struggle as the company continued to incur higher operating expenses, mainly from depreciation charges and salary charges, which continued to increase at 3.2% as a result of increment wages.

For the recent first quarter 2017 results (read here), revenue increased 7.7% YOY but total comprehensive loss attributable to equity holders of the company was lesser (by 78.8%) YOY at SGD 668,000. An improvement from the SGD 3.1 mil in first quarter 2016.

The better results was due to the increase in revenue YOY by the Retail & Corporate Interiors division and Alternative Marketing division.

On 21 February 2017, KMEN management stated that, barring unforeseen circumstances, they expect FY2017 to be a profitable year.

Exhibitions and Thematic division continue to see growth as they ventured out to Middle East and China. Retail and Corporate Interiors will be the key to watch out for in coming years.

The company is majority-owned by land-transport giant ComfortDelGro Corporation Ltd.

2016 was not a good year for Vicom, revenue dropped 5.2% YOY due to lower business volumes, while Profit  Attributable to the Shareholders of the Company dropped 10.3% YOY.

In the first quarter 2017 results (read here), revenue dropped 4.9% YOY, again due to lower business volumes, while Profit  Attributable to the Shareholders of the Company dropped 6.4% YOY.

Business conditions are expected to remain challenging for the Group. The vehicle testing business will continue to be faced with the high de-registration rate although this will be offset partially by the increase in the number of Certificate of Entitlement (COE) revalidations.

The non-vehicle testing business will continue to weaken with the general slowdown in the industries that they serve.

Raffles Medical continues to do well and managed to control its finances diligently while expanding.

For Silverlake Axis, Kingsmen Creative and Vicom, it is still an uphill task.

Hopefully, these Rock Solid shares will do well in the future. And not be like many of the media stars that only fade away into oblivion after a few years.

Born in 1976. Married with 2 kids (a boy and a girl). A typical Singaporean living in a 4 room HDB flat. Check out my Facebook Page: https://www.facebook.com/apenquotes.tte.9?ref=bookmarks
View all posts by apenquotes →
This entry was posted in Kingsmen Creatives Ltd, Raffles Medical, Silverlake Axis Ltd, Vicom. Bookmark the permalink.

2 Responses to Rock Solid Shares to start the year 2015 with – where are they now?