Holiday from the Stock Market

I did not buy much stocks during these past few weeks or months. In fact, I have been spending more time with my family and work during this period. 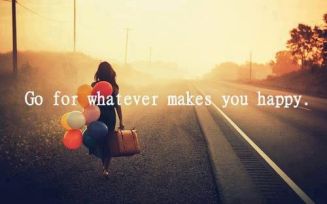 After seeing the price drop in August / September 2015, I aim to buy at a lower level for those stocks which I have in mind. In addition, the prices of these stocks should fall below my calculated intrinsic values.

My paper loss is made complicated by the recent bonus shares issuance by Riverstone Holdings Limited. There was a abrupt ‘plunge’ in its share price on Thursday (21 Jan 2016). Till today, the abrupt paper loss is still reflected in my brokerage account. I checked with the remisier and was informed that I would be notified of the bonus shares via a notification from the CDP. So I will keep a lookout for it.

Why have I been ignoring the market? Probably due to a number of other reasons:

a) I think we generally have a choice to either read about the bad news or not. Basically, for me the focus should always be on the fundamentals of the companies which I have invested in, and I shouldn’t be swayed too much by the negative sentiments in the market. Bottom up rather than top down approach.

The market is there to serve you eg. if you are a long term net buyer of stocks, a low price (reasonable valuation) in times of market panic, is a great time to shop for stocks. There are different phases of a downturn – from disbelief to disillusioned. We could be reaching the state of ‘disillusioned’ soon. I think when the ‘disillusioned’ phase comes you will hear phrases like:

“this time it will be different” (by the really pessimistic and disillusioned),

“the candy shop is open” (by the experienced value investors).

Or basically the panic tone in CNBC just became more numb and resigned to the fact that the crash is going to be a prolonged one… And nobody wants to talk about stocks. Basically the plunge is kind of encased into people’s mindset and this doesn’t make any headline news.

By the way, just for your information, I am still eagerly awaiting the quarterly earnings reports of the companies in my portfolio. I knew Fasternal did not do so well this time round (read here).

b) I have been spending time in other forms of investments. Namely P2P lending / Crowd Funding, and Startup investing. However, with regards to the latter, I have not actually invested in any startup companies yet.

Yes, in any of these activities, there are risks involved. Personally I do not believe in avoiding risks totally. I do accept the fact that there are risks involved especially in new forms of investments. Consequently, what I do believe is taking the effort and time to understand the risk, take calculated risks and to spread your risk, and not to put all your eggs in one basket.

I have gone to the office of one of the P2P lending company after work, and had a lively discussion with the co-founder. I have also messaged and emailed others – some of which replied (some have not launched their platform yet). Actually a good way to gauge which are the better platforms is to ask the people in the circle itself. They know best what are the default rates of their competitors. The layers of checks they do, and what their competitors don’t do or do. I do know some of these companies have the collaboration and backing of VCs (which are a good source of contacts for SMEs looking for loans). It seems that VCs are keen to invest in P2P lending platform, as the other company which I contacted (and has yet to launched) is already approached by a VC with a promise of huge investment.

In Singapore, P2P lending is rather new, and as always people tend to be skeptical at first – before the crowd comes in. 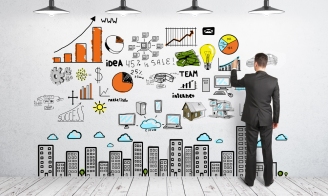 I do not believe I have that much financial fire power to invest in startups (high risk, but potentially high reward) – you basically invest in a basket of companies, and expect majority of them to be not profitable, while a minority will shoot for the stars. Unlike investing in listed companies, you are primarily investing in the idea and the founders. So you really need to know the people, and idea really well. Valuation is secondary as there isn’t much financial figures to rely upon. But you get more involved in the process…

I have followed up on my meeting with one of the founder at Blk 71 Ayer Rajah Road (met up with him again together with his co-founder after work). Talked a bit about the recent market drop and P2P lending platforms in China. Subsequently I was told that the previous idea was scrapped due to the low traffic in their simulated test (kind of like a launch to a closed network of people).. bummer…:p. So they started a new idea, which is still pretty raw. Pitched me their idea, using a powerpoint slide, but it was too much general information. I couldn’t understand it in the first 10 to 20 seconds.  I don’t know, perhaps I just felt that they have gave up too easily. The co-founder joined a few months back, so probably he had a big say in the new idea. Perhaps it might work them as a team. Ultimately it is what the public wants and need.

Although I did not invest money in this startup, I just wanted to help. Like how to really pitch and market this .. what VCs will look for. What are the competitors, how to view the business from different angles. I did enjoy being there (hope I didn’t take up too much of their precious time :p). Basically, for these two co-founders, one is the ‘hacker’ (who technically says he can come up with a working platform in 2 weeks’ time), the other is the ‘hustler cum hipster” (who basically has the contacts for suppliers etc).. so it was good when they come together in presenting their thoughts. I guess I was their guinea pig.

Oh, if you are interested in Angel Investing there are TechinAsia, Investment Network.sg, Angelist, Fundnel, Crowdo, etc.

c) I also found time to borrow some books on investment and have read a couple. I was with my family at the library on Sunday.

On a side note, I think not worrying too much about the stock market is letting me enjoy the other aspects of my life better. Work is stressful (but now I have more time and energy to focus on the tasks).

I get to spend more time with my son (Primary One kids nowadays have more spelling tests). My wife and me are both adjusting to our son’s new school schedule.

Born in 1976. Married with 2 kids (a boy and a girl). A typical Singaporean living in a 4 room HDB flat. Check out my Facebook Page: https://www.facebook.com/apenquotes.tte.9?ref=bookmarks
View all posts by apenquotes →
This entry was posted in P2P, Portfolio. Bookmark the permalink.

13 Responses to Holiday from the Stock Market