Silverlake Axis – what’s behind the numbers?

I have written a couple of posts on Silverlake Axis in the past (click here and here).

Recently I read about the recent quarterly earnings report of Silverlake Axis (click here and here), which are not bad.

Also I have read a bit of the posts in Value Buddies pertaining to the AGM held on 26 oct 2015 (click here).

A bit on the history of the past Silverlake Axis stock price plunges:

Other stocks which were similarly affected by negative reports from short sellers or bloggers include Noble (read here and here), Olam (read here) and Sino Grandness (read here). Frankly, except for Olam none of these companies shares managed to crawl back to the share price level prior to the attack. Then again, unlike the others, Olam has the help of Temasek (read here).

In the case of Silverlake Axis, till today there is still no definite resolution after the attacks from razor99. Unfortunately in the stock market, lightning does strike more than once. There is nothing stopping another short seller or blogger from posting another negative report, making the situations worse or murkier.

As highlighted in the Value Buddies posts, during the AGM, Silverlake Axis Chairman kept highlighting that he need to spend lots of time to explain details ….

Silverlake Axis Ltd – Why did it ignore investor concerns over transactions with related parties for so long? (read here)

In the article, it mentioned:

Soon after the Group released its FY15 results on August 24, it also published its clarification about the allegations.

It said that the “adverse allegations contained in the Report are clearly baseless and without merit”.

It is seeking “legal advice and wishes to highlight that it views this matter most seriously and will be strenuously investigating the source of the Report with a view to taking all such action as may be necessary to fully protect and defend its interests.”

The statement went on to say that the Board believed that its results speak for themselves and it also confirmed that it had no undisclosed contingent liabilities.

With reference to the above actions / statements, and what I have read – till today, there is still no definite rebuttal or clarifications to razor99’s report.

Perhaps Silverlake Axis does have  strong ‘financial fundamentals’. However, Silverlake Axis’ business is completely beyond my circle of competence, and there is nothing much I can understand from reading the news. Hope one day, the details will be out. 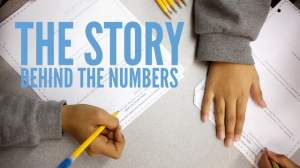 Born in 1976. Married with 2 kids (a boy and a girl). A typical Singaporean living in a 4 room HDB flat. Check out my Facebook Page: https://www.facebook.com/apenquotes.tte.9?ref=bookmarks
View all posts by apenquotes →
This entry was posted in Silverlake Axis Ltd. Bookmark the permalink.