The Good, the Bad and the plain Ugly

A market correction refers to a price decline of at least 10% of any security or market index following a temporary upswing in market prices.

Some investors are already reeling from their paper loss. You get to read more blog posts and articles about the dreaded market volatility (see below):

In the meantime, George Soros and David Tepper and Robert Shiller have been busy shorting the market and reducing the exposure to the US equities in the recent months respectively (read here).

On the other hand, Mr Warren Buffet just bought Precision Castparts in a deal valued at US$37.2 billion (S$52 billion), including debt. (read here and here) It is Warren Buffett’s biggest acquisition yet. Precision Castparts, based in Portland, Oregon, makes components for aircraft, power plants and other industrial uses. It has been hit hard by tumbling crude and natural gas prices.

In the latter attached article (mentioned above), Author and investor Jeff Matthews mentioned the following: “I’m not crazy about buying a cyclical business like this with the stock market at an all-time high,”

Coincidentally I just read about Precision Castparts in The Little Book That Builds Wealth, see below (a book talking about economic Moat).

For example, there is a neat company called Precision Castparts that sells high-tech, superstrong metal components used in jet aircraft engines and power-plant turbines. Think for a minute about the low tolerance for failure in these kinds of products. Steam turbines in power plants can weigh more than 200 tons and spin at 3,000 revolutions per minute—imagine the consequences of a cracked turbine blade. And of course, a jet engine breakdown at 30,000 feet would be, well, really bad. So, it should come as little surprise that Precision has been selling to some of its customers for more than 30 years, and that its engineers actually work together with customers like General Electric when they design new products. Look at the cost/benefit balance. The only benefit of GE switching to a new supplier would like- ly be monetary, as long as Precision keeps up its quality standards. So, by dumping Precision for someone else, GE might be able to build turbines and jet engines for less money, which might help it make a larger profit margin when it sells those products.
What about the cost? Well, the explicit cost is meaningful—the new company would need to spend time getting to know GE’s products as intimately as Precision already does—but the real cost in this case is risk. Given the incredibly low tolerance for failure on a turbine or jet engine, it doesn’t make sense for GE to try to shave the production cost if it increases the risk of product failure. It would take only one high-profile crack-up caused by a metal component failure to seriously damage GE’s reputation, after all, which would definitely hurt future sales. The result is that Precision can earn some pretty fat margins on the components it sells, partly because its customers would need to find a supplier of similar reliability if they wanted to save money by switching. (The company also does a good job controlling costs.) That switching cost, created by years of delivering high-quality parts to its customers, is what gives Precision a competitive advantage.
Pg 56 – The Little Book That Builds Wealth

I do not dispute the fact that Precision Castparts has a strong moat. Even though the US Markets are at high levels, its share price has been in a steady down trend since June 2014. I won’t be surprised if its share price continue downwards – given that it has a debt of USD 4.59B vs Cash of only USD 474M, and erratic cash flow (cyclical) – and things are not looking up for cyclical stocks these days.

It would be wise to wait until the shares of this business to trade for less than their intrinsic value, and buy. On the other hand, for all of us holding on to cyclical commodity stocks (which are not in danger of liquidation), perhaps we should take a cue from what Warren said (see below) – truly long term investing….

Buffet told CNBC that he would have bought the company even if he knew that commodities were in the midst of a multiyear slump.

“We’re going to be in this business for 100 years, so it doesn’t really make any difference what oil and gas does in the next year,” said Buffett, whose company already held 4.2 million shares, or about 3 percent, of Precision Castparts’ stock.

I always wonder if there is a way to ‘crash-proof’ one’s portfolio of stocks. To shield one from the mood swings of Mr Market.

The short answer is “No”. In a market crash, most stocks (if not all stocks) in your portfolio will drop. In an ideal world, we would all have a crystal ball telling us when to dump our stocks before the market crashes, but alas, we are all but mere mortals living in an imperfect world. :p

To be frank even before the market actually crash, a number of my stocks have already suffered huge losses. One in particular is a Crude Palm Oil (CPO) counter – namely Golden Agri. Coincidentally, markets in the US is at all time high – what recession, what crash….? Did I anticipate the drop in CPO prices back in 2011? Of course not. The other would be Super Group. 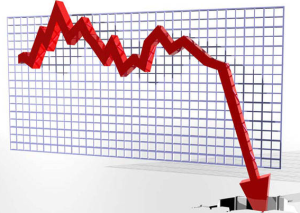 So how does one crash proof one’s portfolio? Buy Puts? Touch stocks with a pole, have a huge war-chest?

For me the only way is to buy companies at fair price with a history of consistent high growth rates (approx 20% or more), with low or no debt. But aha….that is no guaranty that their prices won’t drop during market crashes, and what if their fundamentals deteriorate?……….. which is why I track their progress. However, my portfolio is far from perfect. There are stocks which are fundamentally weak (typically my earlier buys years ago).

“Keep all your eggs in one basket, but watch that basket closely.” Warren Buffett

Anyway back to the quarterly update for my portfolio of stocks (which is basically what this post is about). Let’s look at their recent quarterly results (no, not the stock prices….. stay away from the light…). However, one should invest long term, and not be too concerned about short term (quarterly) reports. Come to think of it, some of the companies’ stock prices run contrary to the earning reports (well in the short term).

“Every few months, it’s worthwhile to recheck the company story. This may involve reading the latest Value Line, or the quarterly report, and inquiring about the earnings and whether the earnings are holding up as expected. It may involve checking the stores to see that the merchandise is still attractive, and that there’s an aura of prosperity.” Peter Lynch

“A healthy portfolio requires a regular checkup—perhaps every six months or so……You are trying to get answers to two basic questions: (1) is the stock still attractively priced relative to earnings, and (2) what is happening in the company to make the earnings go up?”  Peter Lynch 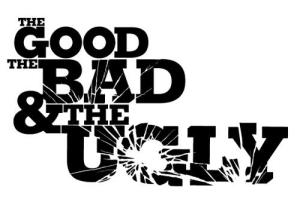 In the analysis by Motley Fools (read here), it is mentioned that there is solid growth all round – Riverstone’s strong top-line growth came on the back of increased demand for both its cleanroom and healthcare gloves.

Outlook wise, the second phase of the firm’s expansion in Taiping, Perak, Malaysia, will be completed ahead of time. Consequently, Riverstone can add another billion pieces of gloves to its annual glove production capacity of 4.2 billion currently.

In the analysis by Motley Fools (read here), it is highlighted that revenue is propped up by its increased stake in Tiger Airways, and fuel cost could have declined further, but there was an offset from losses in fuel-cost-hedging of S$263 million.

Prompted by a reader stating that the good results are propped up by 2 major contributors:
1) S$110m uplift stemming mostly from the release of seven A350-XWB delivery slots
2) S$121m fuel savings

Revenue increase was mainly due to the rollover effect of existing contracts at higher value and new contracts secured by the Group during HY2015.

After I read the analysis by Motley Fools (read here), I realised that the bottom line had benefitted from lower operating costs and higher interest income, rather than growth in revenue (up a mere 0.1% from the same quarter a year ago).

Operating expenses increase due to:

In the analysis by Motley Fools (read here), it is mentioned that the Fare business had suffered mainly due to higher costs from the Train and LRT (Light Rail Transit) operations while, the Non-fare business saw a healthy overall increase of 5.5% year-on-year in operating profits to S$31.5 million.

Outlook wise, SMRT warned that the “public transport operating landscape remains challenging.” The company expects to see its operating expenses rise as a result of the need to “strengthen performance in rail reliability, maintainability, availability, capacity, and safety.” However it is “making progress” with the authorities regarding a new rail financing framework.

The Revenue decline was due to lower Branded Consumer (“BC”) sales from markets such as the Philippines and Eastern Europe, partially offset by improved sales in the Group’s core Asian markets of Thailand, Myanmar and China.

Decline in net profit due to:

In the analysis by Motley Fools (read here), it is mentioned that there is a mixed bag of good and bad news. Revenue had declined again, while free cash flow being decidedly positive for the reporting quarter with Super Group’s level of capital expenditures coming down significantly.

In the analysis found in Singapore Stock Market News (read here), it is mentioned that the positive takeaway is the better downstream performance but this was offset by weaker FFB output. The weaker 1H15 core earnings is due to lower selling prices for its palm products and production. Its palm and laurics business posted a 38% jump in 1H15 earnings as it benefited from the potential levy implementation. Its oilseeds crushing business in China stayed profitable due to positive crush margins.

Due to capital equipment sales and recurring revenue declined due to significantly lower diamond manufacturing activities.

In the analysis by Rapaport News (read here) and article by The Diamond Loupe (read here), it is mentioned that the revenue plummet due to drop in recurring sales which is in turn due to weak demand for polished in most markets including East Asia, excess polished inventory combined with relatively high rough prices and lower polished prices dampened sentiment among diamond manufacturers. Which is an indicator of the overall health of the diamond market.

While the best performer would be Singapore Airlines Ltd (Surprise), however its profit margin is boosted by fare promotions, reduction in losses in associated companies and drop in fuel prices. So technically the real growth driver would be Riverstone Holdings Limited.

Shall leave you with this tune.

Born in 1976. Married with 2 kids (a boy and a girl). A typical Singaporean living in a 4 room HDB flat. Check out my Facebook Page: https://www.facebook.com/apenquotes.tte.9?ref=bookmarks
View all posts by apenquotes →
This entry was posted in Portfolio. Bookmark the permalink.

4 Responses to The Good, the Bad and the plain Ugly