My son and wife like Breadtalk. Almost every other day, my son would buy a piece of bread along his way from school to home. This prompted me to think about BreadTalk Group Ltd (5DA.SI).

“If you like the store, chances are you’ll love the stock.”  Peter Lynch

“In fact, often there is not immediate buying opportunity; today’s research may be advance preparation for tomorrow’s opportunities.” Seth Klarman 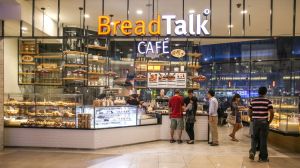 Breadtalk engages in bakery, food, and restaurant businesses in Singapore, Mainland China, Hong Kong, and internationally. It operates through three segments: Bakery, Food Court, and Restaurant. In Singapore, it is difficult not to bump into any of their outlets. 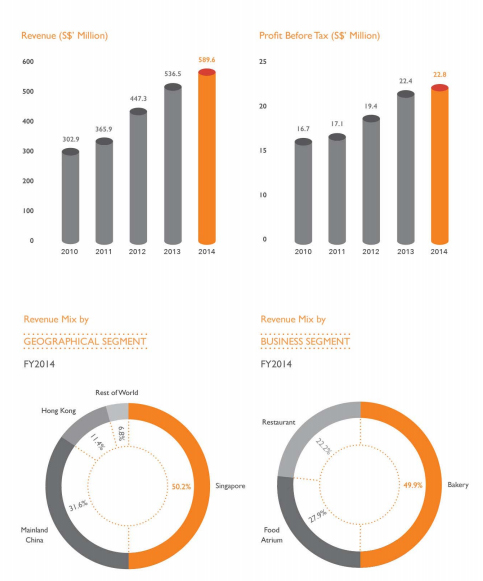 I feel that is this company has a strong moat (Consumer-Monopoly). It is a company that manufacture products that are used up (eaten) quickly. The consumers identify it by its brand-name (eg. Breadtalk, Toastbox and Ding Tai Fung).

(In the news) Surprise….

So it came as a surprise to me that the supposedly “freshly prepared” soya bean milk sold at BreadTalk is actually from Yeo’s soya bean milk. (read here, here and here)

Lawyer Ranjan Indiran, 34, who buys the drink occasionally, told The Straits Times: “The fact that they were in unmarked bottles with the words ‘freshly prepared’ on them gave me the impression that the drink was brewed in-house. The heftier price compared to Yeo’s drink also made me think it was freshly brewed.”

The discussion has spilled over to the peanut soup they were using for the ‘Tang Yuan’ (from a China brand can), and the butter they used (Peter Pan can), and also to the high number of foreigners employed….

“It takes 20 years to build a reputation and five minutes to ruin it. If you think about that, you’ll do things differently.” Warren Buffett

“Enjoy your work and have ethical standards.” Walter Schloss

Breadtalk is one of the high profile listed company in Singapore. Its recent second quarter and half yearly report is another stellar performance.  (read here and here) Although growth is slowing due to the slow down in China, economic challenges in Indonesia and political issues in Hong Kong and Thailand. 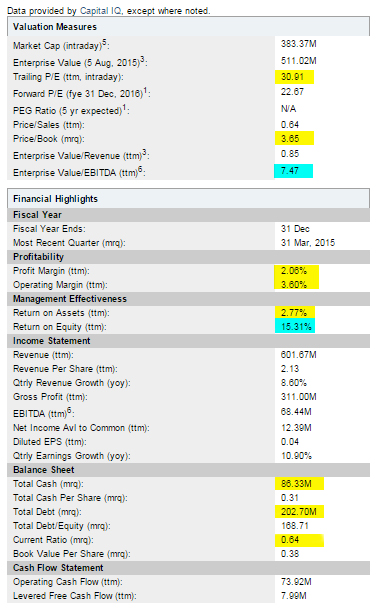 Frankly I am quite disappointed by their statistics.

“Be careful of leverage. It can go against you.” Walter Schloss

“There are two kinds of businesses: The first earns 12%, and you can take it out at the end of the year. The second earns 12%, but all the excess cash must be reinvested – there’s never any cash. It reminds me of the guy who looks at all of his equipment and says, ‘There’s all of my profit.’ We hate that kind of business.” Charlie Munger

The free cash flow is erratic (see below), and there is no apparent long term up trend. Which is worrying. 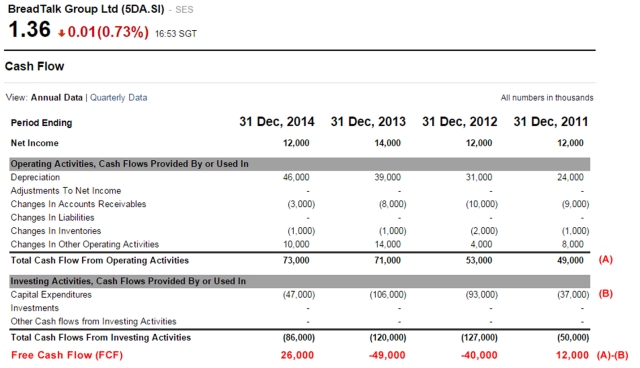 Nevertheless, revenue and net income have been in a progressive uptrend for years. But the same cannot be said for the dividend and EPS. (See below)

Let’s do a quick study on the trailing PEG and intrinsic value of BreadTalk Group Ltd.

First let’s look at the estimated 5 years earning growth which is at a pathetic 1.85% (from ft.com). Don’t think I want to do another discount to this low rate.

Given EPS and a PE ratio, stock price can easily be calculated for any company. Using the below formula.

Hence, the intrinsic value of Breadtalk is 0.38.

Stock price of Breadtalk on 5 Aug 2015 is $1.36.  There is no margin of safety and percentage difference between the intrinsic value and current stock price is 72%!

Breadtalk’s narrative has taken a turn for the worse recently even though its past historical performance is outstanding.

“If a company has great prospects everyone already knows about it. We won’t be comfortable paying for good prospects.” Irving Kahn

However a look at its financial fundamentals reviewed a lot of loop holes. Rapid expansion does come at a price, and with the macro economics (slow down in China, issues in Indonesia, Thailand and Hong Kong), the outlook is not too rosy.

The trailing PEG and calculated intrinsic value both seem to suggest that the stock is not undervalued.

“Only buy something that you’d be perfectly happy to hold if the market shut down for 10 years.” Warren Buffett

I like the company, but alas, the figures and narratives seem to suggest otherwise.

“Never fall in love with a stock; always have an open mind.” Peter Lynch

Born in 1976. Married with 2 kids (a boy and a girl). A typical Singaporean living in a 4 room HDB flat. Check out my Facebook Page: https://www.facebook.com/apenquotes.tte.9?ref=bookmarks
View all posts by apenquotes →
This entry was posted in BreadTalk Group Ltd. Bookmark the permalink.